Adega Buezas is a family winery in the countryside in Galicia. It is a project of a Galician family who has been working on the grown of albariño vine and on wine making from Alvariha grape for more than 5 generations.

Adega is a Galician word and it means winery. 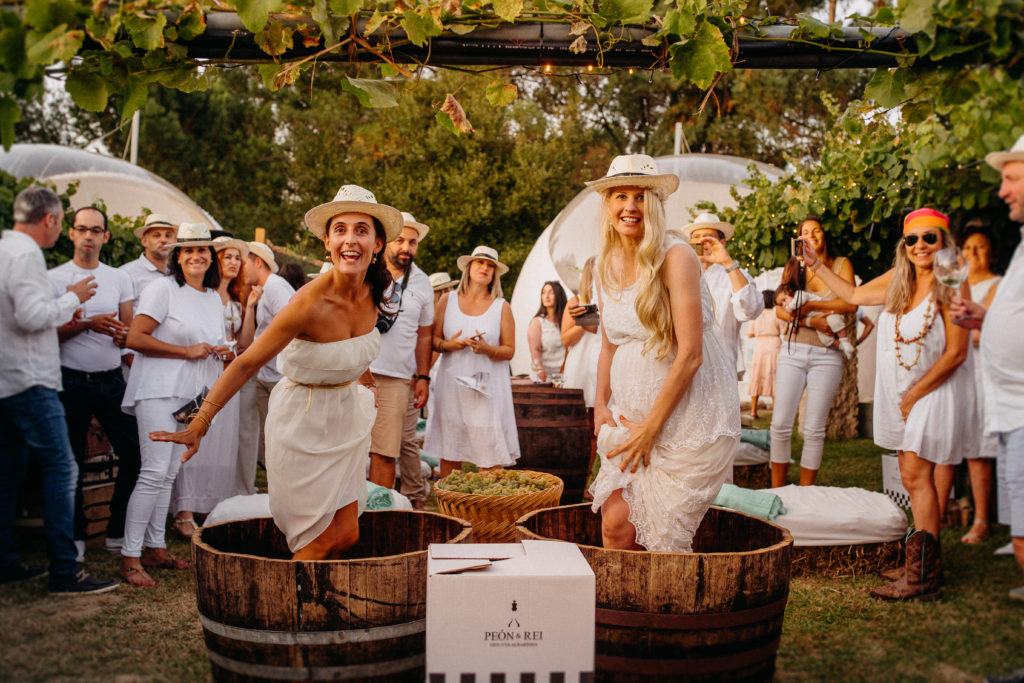 Our origins can be tracked back as far as over a century. In the thirties of the 1900’s, Senor Alvaro Crespo Peon, just returned from a long 3 years period serving the Army followed by a tragic and long combat during the Spanish civil war on board a submarine, returned to Galicia to marry his fiancée Maria Teresa Rey Otero, to whom he had previously proposed in a letter during his years of absence. At his return, trying to settle back to life, and looking at the good resources our land had to offer, he looked at a forgotten root of an albarinho vine which had grown next to his parent’s house overlooking the valley of Sanxenxo on the Rias Baixas.

He recovered this forgotten root, gently taking care of it and developing new vines he used to plant in his own “Garden of vines”. Soon, along with his wife Teresa, they managed to start producing the very first litters of our golden treasure.

Soon people in the area started hearing about Senor Alvaro’s divine vines and approached him to purchase some of them. Alvaro used this opportunity to make his “garden” bigger, later on requiring the assistance of his daughter and son-in-law Teresa Crespo Rey and Raul Soutullo Magdalena, who continued Alvaro’s dream till today. The vines from Alvaro’s garden were distributed in the area and spread along the Val do Salnes, contributing to develop the plantations of the area.

We can proudly say that the actual Albarinho in the Val do Salnes has a great influence in our albarino roots as many families who those days believed in this gifted vines, initiated the plantation of their vineyards and nowadays are the continuation of the small vines distributed by Alvaro on the 1900’s and today are providing the markets with a renamed and remarkable wine.

During those days, one of the searchers of Alvaro’s vines was from the neighborhood village of Lores, Meano, the family Fernandez Pineiro, Jose and Divina, who also believed in the albarino dream and started a vine plantation after recognizing the value of Alvaro’s vines. 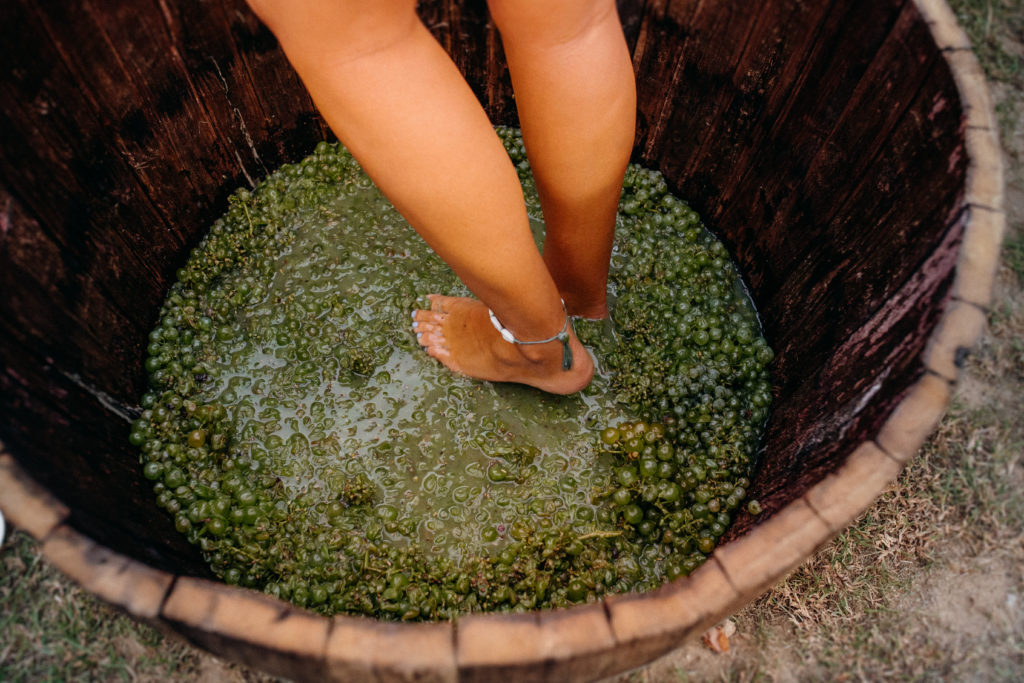 Who would say that after the years the two families would become ONE, with the union of their daughter and son respectively Maria Jesus and Nicolas, reuniting ancient tradition and familiar personality to its wines. From this union, the great granddaughters of the family, Diana and Paula, carrying with them the values and wine tradition inherited trough their genealogical tree, are committed to pursuit the Golden dream. They both acquired and education in different fields, Diana continuing the second generation of jurist in the family and Paula into the aviation field, have travelled around the world whilst continuing their education in several regions abroad, observing and acquiring the best traditional and technological methods for wine production to implement them in the family winery.

After spending long time in training and research in the best wine regions of the world, they were provided with a wide knowledge from the best wine makers from places like Hunter Valley in Australia, Napa Valley in California, Italy, France, Cyprus, Chile, Argentina, South Africa, different regions in Spain and New Zealand, being this last one recognized as of the most interest due to its geological and climatic similarities which today they are implementing in the family winery.

They are committed to boost the brand national and internationally by achieving the recognition it deserves, maintaining the high standards of production, bearing in mind the ancient tradition and the incorporation of the newest technology.

With the trust of our family and ancestors, to achieve our purpose, we are fully committed to our MISSION, which is also OUR PASSION:

To continue this familiar project, perishing our lands and our culture, being kind and grateful towards our environment by being respectful and sustainable, deeply rooted in our ancient tradition and the new incorporated technology.

To achieve it we are dedicating our passion and heavy financial commitment to the production of our superb wine. 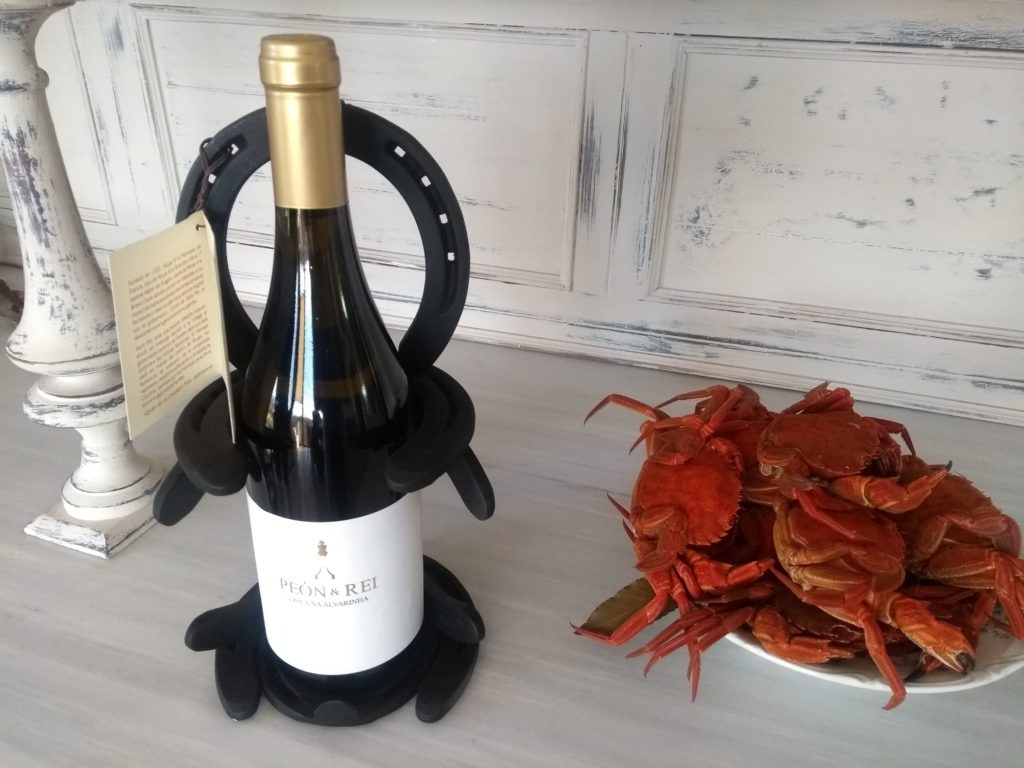 We are wine growers, with our own wine making philosophy, our efforts, commitment and dedication, we are truly convinced that is not only the root of our vineyards that lead to an excellent wine, but also the love for our land, which is the origin and root of our lives.

Nowadays, reaching the 5th generation of a family dedicated to wine making, we have a clear VISSION, which is to produce a fine distinctly regional wine that is elegant, which is one of the Symbols of Galicia. We want to continue to be Ambassadors of the Land of the ThousandRivers and to be one of the world’s truly great super premium wine makers.

We produce a wine that tastes of Galicia, its soil and its Atlantic waters, for all those who wish to get to know HER, and for those who, being away from HER would like to feel closer whilst drinking a part of HER soul.

A toast  for love, abundance and success with wine PEÓN&REI by Adega Buezas.

You can find out more about which cookies we are using or switch them off in settings.

This website uses cookies so that we can provide you with the best user experience possible. Cookie information is stored in your browser and performs functions such as recognising you when you return to our website and helping our team to understand which sections of the website you find most interesting and useful.

Strictly Necessary Cookie should be enabled at all times so that we can save your preferences for cookie settings.

If you disable this cookie, we will not be able to save your preferences. This means that every time you visit this website you will need to enable or disable cookies again.